A remarkable young pianist came to play for Cockermouth Music Society in December and was greeted by an enthusiastic audience whose expectations were handsomely fulfilled. Jayson Gillham, who was a Finalist in last year’s Leeds International Piano Competition, proved to be a phenomenal player in every way, having a totally amazing technique allied to a confident musicianship which was most impressive. Coping admirably with a grand piano which has seen better days and is not in any case the hoped-for Steinway (owing to lack of funding from the Arts Council to achieve the Piano Fund’s objective, the acquisition of a Steinway B Grand Piano), Jayson played a thrilling programme of music, beginning with Beethoven’s Sonata No 30 in E (Opus 109), in which he showed a clear understanding of one of the composer’s finest sonatas.

The rest of his programme was devoted to studies by Scriabin, Debussy, Liszt and Chopin. Each piece was handled with a breathtaking and virtuosic technique which made light of all difficulties and the musical side came through so clearly that each one showed itself to be not just an exercise in finger agility but a tone poem of infinite delight. Jayson’s choice of Scriabin studies showed this clearly and the contrast with the delicate tracery of the Debussy which followed was profound. I have never heard Liszt’s Transcendental Studies, Nos. 5 and 10, better played and the Chopin Nocturne and Twelve Studies of Opus 10 had all the excitement and exuberance one could possibly hope for. The intense concentration of the audience then erupted in a standing ovation for a young man who is clearly destined to become one of the finest pianists of his generation and his encore, Chopin’s A flat Study, was a fitting end to a breathtaking evening. 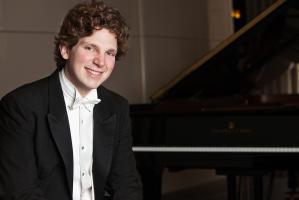