The new season for Cockermouth Music Society opened with a superlative performance from one of Britain’s foremost pianists. Leon McCawley played with his accustomed brilliance of execution allied to a formidable musical intelligence. Haydn’s Variations in F minor were given stylish and elegant treatment and were followed by a remarkable rendering of Schubert’s Wanderer Fantasy, ferociously difficult music which was brilliantly exciting in McCawley’s hands. Three Schubert Songs transcribed by Liszt and Six of Mendelssohn’s Songs without Words were sensitively performed with much dynamic contrast and then finally we had Chopin’s Ballade in G minor, a breathtaking ending to a recital which at all times demonstrated the instinctive musical cut and thrust that marks the performance of a truly great musician. 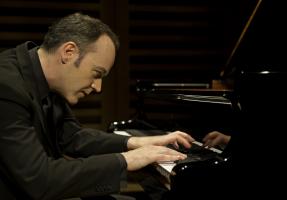