Allison Family Concert to Celebrate the life of Arthur Allison

We’ve long been acquainted with Sue and Malcolm’s musicianship, but which of us guessed that there are so many gifted Allisons? On 24th July they gave a most moving, fitting and accomplished concert, at which we were all privileged to share in their celebration of Arthur’s life. Together with his partner Catherine (and accompanied by Sue) Malcolm gave a marvellous account of Bach’s Double Violin Concerto. Their daughter Georgina, at 10 an already confident cellist, appeared both in ensembles and as soloist. Catriona’s oboe and piano playing and Barbara’s flute enriched the programme in all kinds of combinations. Featuring eleven composers in all, the programme can’t even be summarised here. But particular mention must be made of the piece commissioned for Sue and Arthur’s Golden Wedding Anniversary (2013), a set of delightful and affecting variations by Simon Parkin on a theme from the New World Symphony. – David Lindley. 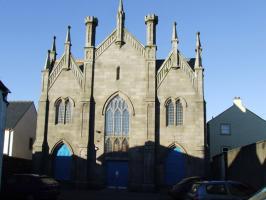