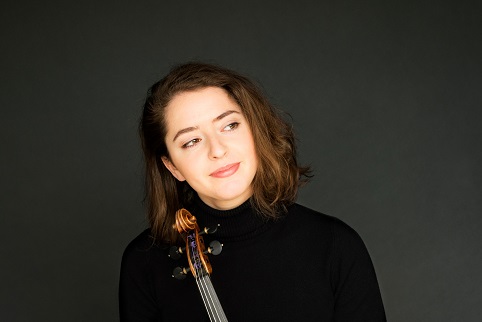 Violinist Mathilde Milwidsky began her studies at the Royal College of Music Junior Department where she was a Tsukanov Scholar taught by Viktoria Grigoreva and David Takeno. She then studied at the Royal Academy of Music as a full scholarship student under György Pauk, graduating in July 2017 with First Class Honours and the Regency Award for notable achievement, the Louise Child Memorial Prize for highest-achieving graduate and the Marjorie Heyward Fund for the highest violin mark of the year.  She has been praised for her “rich velvety sound” (Crescendo Magazine) and is joined tonight by Andrew Zolinsky who is professor of piano at the Royal College of Music, London, and at Goldsmiths, University of London.

This concert is supported by the Countess of Munster Recital Scheme.